The Myers-Briggs Type Indicator is a personality test that has been used for decades to help people better understand themselves and how they interact with the world. The ISTP personality type is one of the 16 types that can be identified through the test. People who identify as ISTPs are often seen as being aloof, independent, and even cold. They are often mistaken for being mean because of their lack of emotionality and ability to stay objective in difficult situations. Continue reading below to learn more about it.

ISTPs and Their Love of Alone Time

ISTPs are often misunderstood because of their love of alone time. People often think that ISTPs are mean or antisocial when they’re really just introverts who prefer to be alone.

ISTPs are independent and resourceful, so they don’t mind spending time alone. In fact, they often enjoy it. They’re able to entertain themselves and don’t need others to have a good time.

People who don’t know ISTPs may think that they’re standoffish or even rude. But in reality, ISTPs just like their own space and don’t feel the need to be around people all the time. So if you’re an ISTP, don’t worry about what others think of your need for alone time. Embrace it and enjoy it! 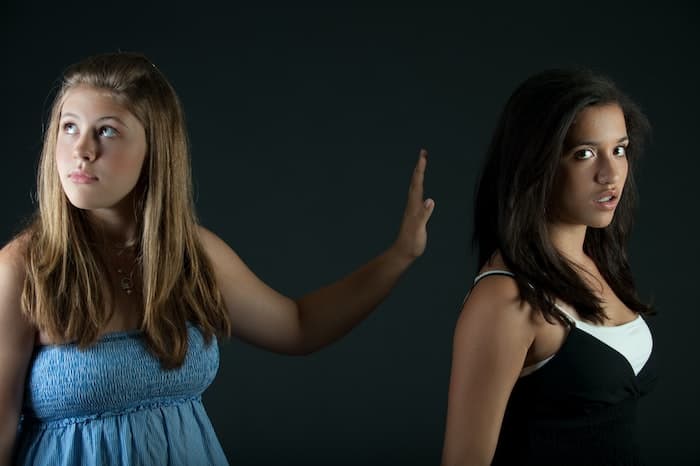 ISTPs and Their Disdain for Small Talk

ISTPs are often seen as mean because of their disdain for small talk. Small talk is seen as a waste of time to ISTPs, who would much rather get to the point. This can come across as rude or impatient, when in reality, ISTPs just want to get to know someone more deeply. They would much rather have a meaningful conversation than make small talk.

ISTPs are usually very direct and honest. They believe that honesty is the best policy and they don’t see the point in sugar-coating things. This can sometimes be interpreted as being mean, but ISTPs simply want to tell it like it is. They aren’t trying to be hurtful, they just want to be honest.

ISTPs and Their Directness

ISTPs are known for their bluntness and directness. This can sometimes come across as being mean, but it’s just their way of communicating. They’re not trying to be hurtful, they just don’t sugarcoat things.

ISTPs are also very independent people, so they’re not looking for approval from others. They’re more concerned with being honest and telling it like it is. So if you’re dating an ISTP, expect them to be upfront about their feelings (good or bad) and don’t take it personally if they’re not as emotional as you are.

ISTPs and Their Need for Independence

ISTPs are known for their independent nature. They like to do things on their own and don’t often rely on others for help. This can make them seem mean or uncaring, but it’s just how they prefer to operate. ISTPs need plenty of space and freedom to pursue their interests and goals, and they doesn’t like feeling restricted or tied down.

If an ISTP feels like they’re being suffocated, they may lash out in an attempt to regain their independence. It’s important to respect an ISTP’s need for space and autonomy, as this is a big part of who they are.

ISTPs and Their Lack of Empathy

ISTPs are often seen as cold and insensitive people. They can be quite blunt and to the point, which can come across as being mean. ISTPs lack empathy, which means they have a hard time understanding how other people feel. This can make them seem uncaring and uninterested in others. However, ISTPs are usually very loyal friends and will do anything for the people they care about. They just have a hard time showing their emotions and understanding the emotions of others.

ISTPs and Their Stubbornness

ISTPs are notorious for their stubbornness. It’s one of the things that makes them so difficult to get along with. They’re constantly challenging others and pushing buttons just to see what they can get away with. This rebellious streak is often mistaken for meanness, but it’s really just a misdirected way of seeking attention.

ISTPs need constant stimulation and thrive on taking risks. This can make them seem like they’re always looking for a fight. But in reality, they’re just trying to keep themselves entertained. ISTPs are independent thinkers who prefer to do things their own way. They’re not interested in following rules or conventions – they’d much rather blaze their own trail. This independent streak is one of the things that make ISTPs so difficult to deal with.

In conclusion, ISTPs are often seen as mean because they can be aloof and unemotional. However, they are simply misunderstood. ISTPs are independent, resourceful, and logical people who just want to live life on their own terms. So next time you see an ISTP, don’t be so quick to judge them.