If you are born between the 23rd of September and the 22nd of October, then, you are part of the seventh sign of the zodiac, Libra. The scales of justice represent this cardinal air sign with Venus as its ruler. Libra is mostly linked with justice, beauty, harmony, and balance.

Let’s take a look at the traits and personality of Libra, and how they go about their lives in terms of love, career, and money. 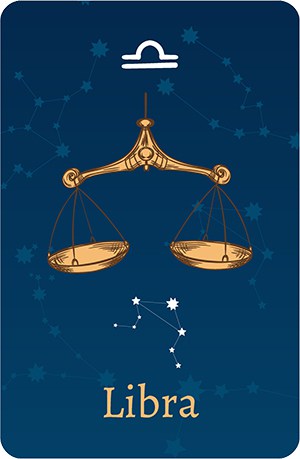 Being a Libra means you will also have your own set of positive and negative sides, just like the rest of the zodiac signs.

Libras have witty things to say all the time that make them amazing conversationalists and quick thinkers.

Libras love working as a team and are natural leaders. They love group projects, too.

Libra has this strong sense of attachment to fairness and justice because they crave balance in everything.

Libras always believe that there is always the best in everyone, choosing to look on the bright side because of their optimism.

As the zodiac’s social butterfly, Libra’s outstanding social skills are the envy of other signs because there are only a few ranks higher than them.

Libras are people pleasers, and when it is time to decide, they obsess over things for hours, making them miss out on great opportunities. Libras are known for being indecisive and often times coming back after breaking commitments. While this may be seen as a positive attribute in some cases, it can also lead to frustration for those who are counting on them. Libras need to learn to make decisions quickly and stick to them, or they will wind up creating chaos in their lives and relationships.

Being peacekeepers, Libras hate confrontations that sometimes, they just sweep problems under the rug.

In terms of tragedy, Libras tend to be self-absorbed. If things don’t go well for them, they wallow in self-pity. People generally hate Libra because the sign is to being negative. However, there are some who find the astrological figure endearing and sympathetic.

Flighty and fickle, Libras can be indecisive and cannot commit to just one thing.

Beautiful things attract Libras, and it takes them several minutes to prepare, something that may get in the way of forming relationships.

It can be quite tricky to understand Libras because these people can be introverted and extroverted; spontaneous and strategic; and intuitive and focused all at the same time. Due to this variability, pinning down the true character of a Libra may not be easy. They have vast personalities that depend on the people surrounding them.

All of these are because empathy is valuable for Libras. These people are receptive and can act as mirrors for others. This is why Libras often have strong opinions about others although understanding themselves may require a longer time for them.

They crave admiration for their charm instead of their talents. They wish to be perceived as responsible figures who can perfectly balance out turbulent elements surrounding them. These people also tend to feel a strong sense of shame and guilt every time they are sad because they are aware that their sadness also affects people around them.

Those who are born under the sign are empathetic and compassionate. They go out of their way to assist others. They avoid confrontations because they dislike conflicts. These very traits are the reason why they are prone to be manipulated by other people.

Libras are also prone to indecisiveness. They are so worried about the feelings of other people to the point that they let others decide for them. Libras also put plenty of weight on other people’s opinions. Even if they are afraid of negative judgments in secret, they find it difficult to stay away from the spotlight. To feel validated, they have this need to be noticed.

Libras are also bound by their mind and body’s limitations. They fail to interpret the basic small signals that other people can. They are also terrified of the unknown and its dark abyss, leading them to pretend to know everything even if they don’t. They have this air of omniscience when in reality, they are clueless about what they are talking about.

Libras make it their priority to find their compatible life partner. The moment they embark on a romantic relationship, it becomes important for them to maintain harmony and peace, and they make it their main goal. Their dedication to every relationship combined with their charming personality results in satisfying compatibility with other signs.

Since Libra is also the symbol of marriage, those born under the sign are open to conventional pathways of love. Although they are quite flexible, tradition strongly pulls them in and their own desires will soon lead to marriage, well-organized, and serves the purpose to convey a particular image to the outside world. Libras are somewhat looking for partners who can set definite boundaries. They expect to be protected while making sure that it doesn’t endanger their pride along the way.

For Libras, the secret to a happier life lies in a fine balance. It means that they don’t commit to work if they don’t set aside enough time for their loved ones and private lives. Once they do so, they also feel the need of setting free from it.

These people are loved as leaders although they often don’t have the necessary initiative of organizing people working for them. They also work hard to become deserving of the privileges given to them. In their quest for justice and truth, Libras are excellent judges and lawyers and can thrive as composers, designers, and diplomats if they have cherished their artistic streak starting from childhood. These people also work well in groups and can be gifted and convincing speakers.

The financial area of the lives of Libras is usually under control that might not be the case if they find it easy to decide what they like to buy. Once they start to question their choices in terms of finances, there is a chance that they wouldn’t be spending any money at all because it was difficult for them to decide. They also balance well between spending and saving pretty well and while they love fine clothes and fashion, it is rare for them to allow their desires to spend just to make the most out of them.

As the rational judge out of all the signs of the zodiac, Libra oozes ethical energy and is known to be the most balanced and is a seeker of justice.