As the last of the 12 signs of the zodiac, Pisces is the sign of people born from the 19th of February to the 20th of March. Two fish that swim in reverse directions represent this water sign that focuses on culmination and deals with the world of mystical experiences and dreams. 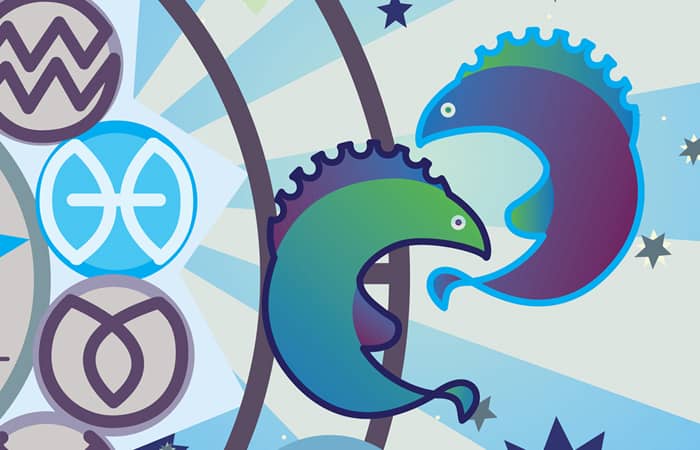 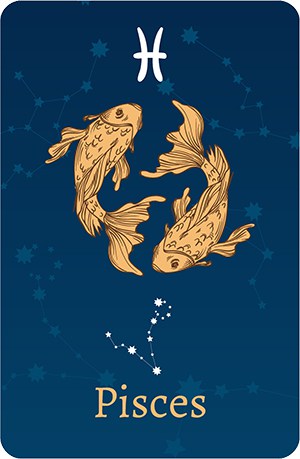 Pisces is almost close to psychic and is known to be deeply intuitive, creative, and smart. They have amazingly strong gut actions and feel things more deeply than other zodiac signs. Check out the following positive and negative traits of a Piscean.

Pisces is the sign you should look for if you need advice and comfort. They don’t want to see people suffering and they show sympathy and concern for those in need.

Pisces is known for their generous hearts and ability to forgive. This is one of the reasons why they are never really mad at anyone. They know that holding onto anger will only lead to more pain in the future.

Pisceans are selfless and generous to the put that they put other people’s needs before their own.

Pisces enjoys learning new ideas and listening to other people. They never judge others, and they listen with an open mind and intent when talking to someone.

Pisces doesn’t like receiving help because of their need to keep themselves protected.

Pisces are known for their gentle and sensitive nature, and often lead them to ignore the things that matter most in life. Instead, they tend to daydream and indulge in their own fantasies. While this may seem like a harmless way to spend your time, it can actually have negative consequences if not managed correctly.

Pisces requires constant motivation to accomplish things. They turn away and withdraw from intimidating and big tasks.

Pisces can be moody and difficult to get along with in relationships. This is due to their tendency to feel overwhelmed and upset easily, which can lead to toxic behavior in close relationships. Pisces should avoid being around people who make them feel this way, as it will only lead to conflict and misery.

It can be a bit tricky to describe the personality of a Pisces mainly because this sign tends to dodge distinction. They have significant changes in behavior depending on the people around them. Pisces is like a permeable membrane that thoughtfully allows things to just flow through them. The sign is a boundless cerebral sea sponge that dilutes itself with bigger personalities to prevent the need to create clear identities.

Many of the qualities often linked with Pisces, such as imagination, emotionality, and dreaminess, are internal processes that are not easy to observe from the outside. It is because Pisceans are mainly inward-facing. These people are absorbed in themselves instead of being self-absorbed.

The ultimate desire of a Pisces is to dissolve. For them, their life is similar to a romantic poem, and they want to live it like that. They always seek to understand that fantasy and reality exist side by side on a single infinite plane.

A lot of Pisceans often find themselves doubting their intelligence since modern society often emphasizes more structured brains that can analyze data like machines and roll out information. This is in contrast to Pisces who loves absorbing and sifting through sentiments instead.

Proving their arguments isn’t easy for them because feelings serve as the basis of their opinions. The truth is that feeling is the main foundation of the genius of a Pisces.

They may find it hard to recall a situation’s objective facts although it is easy for them to recall the emotions they felt during that time. Even if they cannot recite all the continents of the world, they can already sense your feelings even before you know about them.

There are times when the irrational intelligence of Pisces may be misinterpreted as psychic ability. This is not really some sort of supernatural power. Instead, it is an acute sensitivity to emotional information lingering outside of the window of perception of most people.

Sometimes, Pisceans may come across as forgetful or airheaded. It is not because of mindlessness but due to their mindfulness’ specific orientation. It is easy to overstimulate Pisces and they already learned how to deal with it by turning inward. It doesn’t mean they are stupid just because they got lost or misplaced their keys. This is more of the result of the detachment they have from the outside world.

The real weakness of Pisces is that they are usually the cause of their personal turmoil. These people have some kind of addiction to melancholy. They like feeling things in the most intense way possible with a poignant aspect to the sorrow that is actually pleasurable for Pisces.

These people would rather wallow in an abyss of despair rather than not have any feelings at all. Their search for poignant emotional experiences can often make Pisces search for subconsciously self-defeating situations and present themselves as innocent victims.

A sign of irredeemable romantics, Pisces serves devotion, pleasure, love, and everything tender and beautiful. These people are also extremely generous and very gentle with their significant other. But in their quest for love, Pisces tend to forget their moral values now and then.

They also need to feel an actual connection with their special someone just so they can open and discover that inner sense of complete faith in the perfect kind of love that will drive them away from ideas of change.

It is uncommon for Pisces to have short-term relationships even if they have a variable note to them that lets them become quite free as far as choosing a brand-new everyday fling. The moment they discover an inner state of belief in a person they share their life with, they can become extremely honest and loyal as if their life’s sole purpose was to look for the person who stands before them and makes them happy.

Pisces is dreamy and intuitive, which makes this sign most suitable for careers where their creative abilities will be at the forefront, or they work for a higher cause through different creative charity events.

The most appropriate occupations for Pisceans are filled with devotion and faith and compassion, making them amazing doctors, veterinarians, painters, musicians, priests, and other careers where they can work in the shadows. Hidden and undercover, Pisces finds it fun to hide their real identity and play certain parts.

Money is something that Pisces doesn’t give much thought to most of the time. They are often fixated on their goals and dreams and will just try earning enough money to reach them. Pisceans spend as much as necessary to follow these dreams and goals, depending on the sense of purpose and the power these carry within.

The zodiac’s mutable water sign, Pisces is expansive, generous, and emotional and bursts with mystical and empathetic energy.