As the 11th sign of the zodiac, Aquarius covers those born from the 20th of January to the 18th of February. The Water Bearer represents the sign. It is also often represented by the three squiggly lines, which is the reason why Aquarius is mistakenly assumed as a water sign. 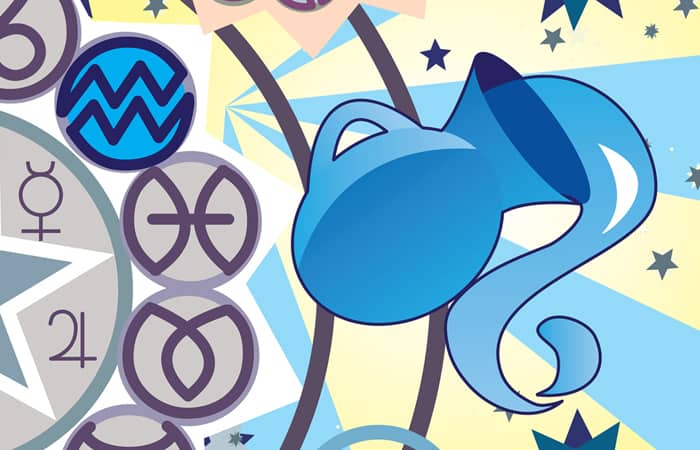 Saturn rules the fixed air sign in ancient astrology, but in modern astrology, it is under the rule of Uranus. These people are known to be forward-thinking, creative, and eclectic.

This article discusses Aquarius’ personality traits together with their approaches when it comes to love, career, and money. 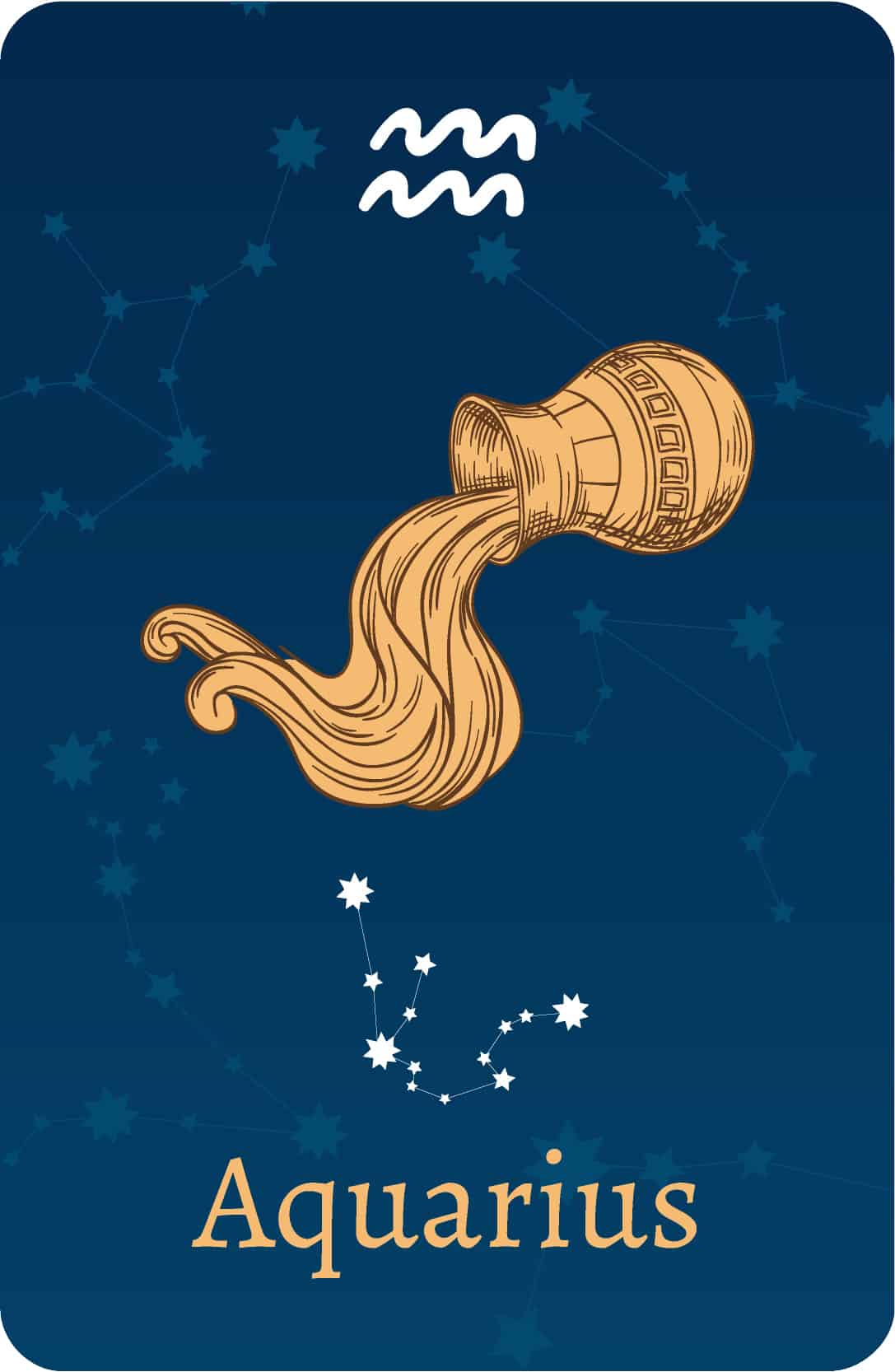 Aquarius is known to embrace individuality and creativity even if it makes them seem unorthodox or strange in the eyes of other people. Here are some of the positive and negative traits you can expect from Aquarians.

Aquarians always stand up for themselves and don’t back down if there is a reason for them to fight.

Aquarius is a sign that always thinks outside of the box as they see the world with different eyes.

Aquarius, is often seen as the independent one. They don’t need too much attention from others and prefer to work on their own. They’re great at communicating their thoughts and feelings, but they don’t need a lot of validation or affirmation from others in order to feel happy and fulfilled.

The big brains of Aquarius never go unused because they love to learn and always look for interesting and new facts to satiate their thirst for knowledge.

It is always all or nothing for Aquarius. They are extremists and they never do things halfway.

Knowing what an Aquarius thinks is almost impossible, and their air of mystery may leave you downright confused.

Overthinking can get Aquarius into trouble. They may become so lost in their thoughts that they miss important cues from others, leading to misunderstandings and potential breakups. To avoid these complications, Aquarius should focus on taking things slow and letting the moment unfold naturally.

Once provoked, the secret fiery temper of Aquarius will lash out.

Although Aquarius is your typical outcast, it doesn’t mean that they are loners. The truth is that Aquarians thrive in big groups. They will charm you with their unique sense of humor, intrigue you about new things, or convince you to do this or that.

They may feel alienated, but it is usually self-imposed as the effect of their habitual contrarianism instead of the absence of social intelligence. Aquarians, try being weird, doing weird things, and thinking weird thoughts.

For them, intelligence means the ability to come up with the most unpopular opinion in the best way possible. These people are meant to live directly against the current world. Aquarians even build their own worlds. There is an entire universe existing in their mind, a universe that follows its own set of logic which doesn’t necessarily map on what is real.

Aquarians are utopians and rational. Emotions for them are nothing but holes in their own idealistic vessels. They don’t give in to sensitivity because they know they have a lot of knowledge to learn, many problems waiting to be solved, and plenty of worlds to create.

They even find themselves asking why they cannot be normal when the truth is that normalcy is boring for them. They also put their self-worth at stake on their ability to become interesting. These people want to be enigmatic and evade definition. For them, definitions are only small binding rules other people use for restricting their movement. They also need to resist everything that hinders their freedom to drift as they want.

Probably the biggest challenge for Aquarians is to address the tension between their need for total detachment and their need for community. These people constantly run small tests, living their lives as a scientific experiment. They use the element of surprise to construct theories and collect reactions about human nature and its intricacies.

Aquarians are walking pieces of abstract art who break conventional perspectives with their total disregard for tradition. These people are martyrs of humanity’s cause, and their only demand is nothing but freedom.

The biggest aphrodisiac for Aquarians is intellectual stimulation. They tend to be attracted to interesting conversations with people. Willingness to risk, imagination, communication, and openness are some of the qualities that suit this zodiac sign’s emotional world.

They have complex compatibility with the rest of the signs because they are a representation of the opposition itself. They also find it hard to relate to other people if their sense of freedom is put in danger or they assume it to be.

Honesty and integrity are important for those who want to be a part of the life of an Aquarian. Feelings also don’t have much to do with how they treat betrayal and people who disappoint them along the way.

Aquarians let their partner be independent as they see them as just as powerful and equal as they are. Although they can get their desired freedom, they may still find it hard to deal with daily interaction even with the people they love the most. As a sign of solitude and freedom, Aquarius may be too hard to be with the zodiac’s passive and static signs.

There’s something about Aquarius that makes them irresistibly irresistible to others. They have a crush on someone, and they just can’t help themselves. Aquarius is the sign of the water bearer, and as such, they’re always in motion. They’re restless and enjoy exploring new things, which makes them very social. When it comes to love, Aquarius is all about chemistry. They don’t care who they have to chase or court; they just want to be with someone who makes them feel good.

Aquarians can bring excitement, innovations, and enthusiasm to their workplaces with an exceptional capacity to exploit their imagination for business or professional purposes.

The willingness to share their own talents combined with their high level of intellect is what inspires a lot of people into the life of an Aquarian. They are visionaries who love engaging in more humane activities and need to work in places that will support better circumstances for the imperiled groups of people.

This zodiac sign spends its finances on different risks while also holding on to it. The only thing they need for them to form a saving spot in their life is to offer them something they can anticipate. Aquarians are also well-adapted to their unique feel for style, and they are not scared of showing it.

This is the reason why the colors of Aquarians that shine in the outer world can make a significant difference in the state of their emotions. They are also quite good in careers like photography, paragliding, and piloting. However, they can also be ingenious scientists and mathematicians, excellent programmers, and other careers where they can showcase their personality without restricting guidelines on how to do it.

As the zodiac’s revolutionary fixed air sign, Aquarius may be downright weird but are also insightful and innovative at the same time.